A monk walks into a beer garden ... 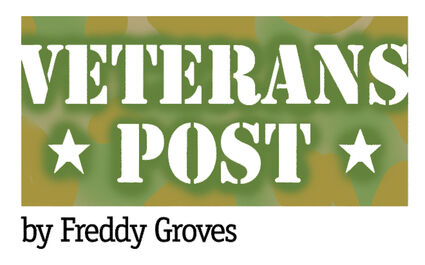 It's always amazing what thieves think they can get away with, especially when the Department of Veterans Affairs Office of Inspector General starts looking their way. Here are two instances where the thieves really should have known better.

When the Covid pandemic assistance money was handed out to businesses for economic disaster in 2020, two people figured that would be an excellent way to grab funds for their nonprofit religious organizations. One was an Orthodox Christian monk and the other was an attorney. After multiple fraudulent applications, they eventually made off with $3.5 million. One-third of the money was used for a property they were turning into a monastic complex, complete with chapel, brewery and beer garden, not to mention an audio system and antique furniture.

The monk, who'd taken a vow of poverty, additionally purchased a $40,000 Swiss watch. Those who reviewed and approved the applications should have been clued in by the name of the monastic property: Shrine of St. Nicholas the Wonderworker, Patron of Sailors, Brewers & Repentant Thieves. At this writing, the pair has been released on a comparatively tiny $10,000 bond after arraignment.

A Texas woman didn't nab as much cash, but the circumstances are still despicable. The woman and her husband claimed VA and SSA disability money because they said that the veteran had an active duty injury that left him paralyzed from the waist down. They'd been given an adapted home by a nonprofit group, a specially equipped vehicle and money. A thumbs-up to the local news, however, for their investigation after being sent a video of the veteran walking around the neighborhood and playing basketball.

The veteran died in federal custody while awaiting trial, but his spouse was found guilty of mail fraud, wire fraud, healthcare fraud, theft of government funds and more. At sentencing she faces 20 years for each wire and mail fraud charge, 10 years on each health care fraud charge and theft of funds and five years for each false statement related to a health care matter.