Security musician is excited to share "The Greatest Gift" 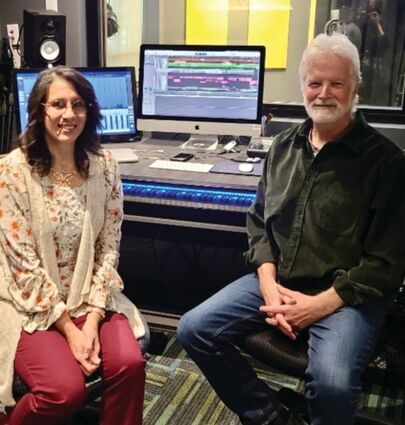 Priscilla Cooper and producer Paul Conkling are in the recording studio.

Two years ago, Security resident and musician Priscilla Cooper was excited to release a new Christmas song, "The Greatest Gift," just in time for the season.

Fountain Valley News featured her work at the time. https://www.epcan.com/story/2020/12/16/community/hope-and-joy-through-music/8809.html

Life has been full of ups and downs since then, with COVID continuing to wreak havoc on the world and Cooper experiencing her own personal battles of various kinds. Already a survivor of a hole in her heart, she's now facing a new diagnosis: cancer.

"First, I would love to thank the El Paso County and Fountain Valley News for all the years of dedication and incredible stories that have been provided for our community," Cooper said. "These have helped us stay connected."

Cooper noted that COVID had changed so many things for so many people different ways in the last two years. Some have experienced pain, some are stronger, and some are still trying to navigate life with new obstacles.

"For me, I can honestly say it has solidified in my heart where my peace comes from: God is in control! Not a disease. Not a government. Not mandates," she said. "In Isaiah 26:3, the prophet says, 'You will keep him in perfect peace, whose mind is stayed on You, because he trusts You.' This verse became one of many daily scriptures to start my day."

Cooper had begun releasing various singles by this time in 2020, but a full album release remained on her heart. She had been using Studio916, a recording studio at Sand Creek Library in Colorado Springs, that is free for patrons.

"Once doors opened again at the Sand Creek Library, it was very evident that things would not be the same at all," she said. "The changes at Studio 916 had a huge impact for the musicians recording there. Time slots for the availability to have a session were now so scarce if at all. My heart was broken to say the least, but I kept reminding myself it is all about God's timing and will, not my own. Hopes to release a second album by 2022 were most definitely on hold, despite having more than half the songs needed already ready. That's right, a second album. The most rewarding update is no doubt the release of my first album DRAW ME CLOSER due to the incredible dedication of my producer Paul Conkling of Unbroken Records."

Draw Me Closer is a 10-track album with original songs that came from the "rock bottom" season Cooper was in, to new songs that were inspired during the pandemic.

"My favorite song on this album would have to be my new venture into the bilingual side in me, bringing my Hispanic roots into my original song MY EXPECTATION," she said. "Paul Conkling did a phenomenal job bringing that Latin groove into this production. The inside running joke is, 'Paul nailed it! Not bad for a white guy!' Can't tell you how many laughs that has brought us. This release has me seriously praying about writing more bilingual songs. I am humbled and thrilled that it has received radio play on KFUN AM / KLVF FM in Las Vegas, New Mexico. Owner and DJ J.P. Baca has a heart of gold to reach his listeners, but also to help musicians or events get promoted. Now I pray I can get the same favor with DJs here in Colorado."

Cooper refers to the Scripture Psalm 37:4: Delight yourself also in the Lord, and He shall give you the desires of your heart. One of her desires is to use her music to support the many outreach efforts of her home church, Calvary Fellowship Fountain Valley (CFFV).

"My desire for this album is to bless as many people as possible - not only with the encouraging, uplifting lyrics and a variety of styles integrated in the melodies, but to bring life-changing revenue to the missions work at CFFV," she said. "You see, 100 percent of the album's proceeds are going to my church for their Missions work. Calvary Fellowship Fountain Valley may be a little church, but we reach so many worldwide. You can go to the website at Calvaryfountain.com to learn more about all the ministries our church is involved in, both worldwide and right here in our own wonderful community."

Cooper is still in the process of trying to get a digital release finalized, so she encourages people to keep visiting all platforms in search of DRAW ME CLOSER. She does have hard copies (CD's) available. Contact her directly at [email protected] to purchase one and help support missions.

"As Christmas draws near, I would love to leave you with an invite to visit my YouTube channel at "Priscilla Cooper Music" and take a listen to THE GREATEST GIFT," she said. "This song is a fun, make ya wanna dance Christmas song with a rockin' bass, and yet has a great message with a gentle reminder that through all the hustle and bustle to remember what is most important. If you are blessed by it, please share."

Cooper will also be including a cover of Feliz Navidad to her YouTube channel.

The Greatest Gift is also available to purchase on Amazon Music, and once again, all proceeds for this song will go to CFFV. Fun fact: This song was previously released in 2020 with only Paul Conkling's vocals due to the shutdown of the studio. Now she has her own vocals on a second version.

"So you see, you have two great choices to choose from or have fun with both versions," she said.

"Paul's work is phenomenal and I am blessed to have him taking my original songs to levels I never dreamed were possible," Cooper said. 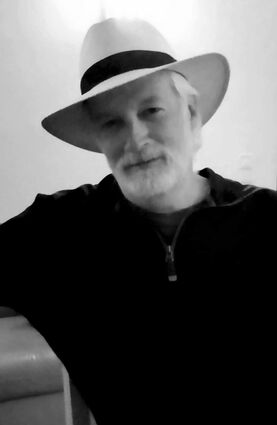 Anyone desiring to work with a producer can contact Conkling at Un-broken Records, (303) 999-8365, or email at [email protected] He performed in rock-and-roll bands for 30-plus years. He became interested in the recording and engineering process early on in his recording career. Now a Nashville-trained producer, he spends a great deal of his time bringing other artists' work to life in the studio. He serves as his own session musician on guitar, bass, and backing vocals, and has a network of real and virtual artists to round out his productions. He will also assist in a co-write as needed.

Cooper credits not only her producer and fellow musicians for getting her to this point in her musical career, but also her friends and people in the community who have shown support.

"From the bottom of my heart, I thank you all who have encouraged me, prayed for me, and continued to push me over the years to share my music," she said. "Please continue to visit my YouTube channel for new material coming soon and don't forget to subscribe, like and share."

Cooper said she wanted to leave readers with this word of encouragement: "Don't forget, despite all the valleys and storms that may come in life, when we are weak, we are able to stand strong in HIS strength. All we have to do is ask HIM in."