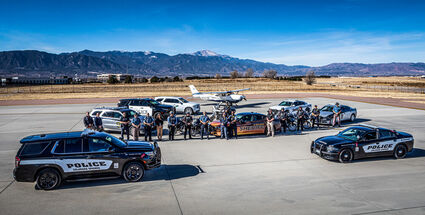 Along with Thanksgiving weekend being one of the heaviest traveled holidays across the country, the night before Thanksgiving is often called the biggest bar night of the year. This is why area law enforcement are teaming up for a regional traffic enforcement operation in El Paso County on Nov. 23, also referred to as Thanksgiving Eve.

According the Colorado Department of Transportation, one third of the fatal crashes in Colorado involve an impaired driver. To date in 2022, there have been a total 226 impaired driving fatalities on Colorado roads. The goal of this high-visibility enforcement is to prevent traffic crashes and fatalities so every driver and passenger can live to eat the leftovers from Thanksgiving Day.

"Driving requires full attention to your surroundings for the safety of all on the roadway," a CSP spokespersons stated. "Keep your focus on the road and drive responsibly by planning for a sober ride. Motorists are advised to call law enforcement, such as *277 for Colorado State Patrol, to report unsafe or suspected impaired drivers."