The Battle of Dak To: 4ID hosts a PT event 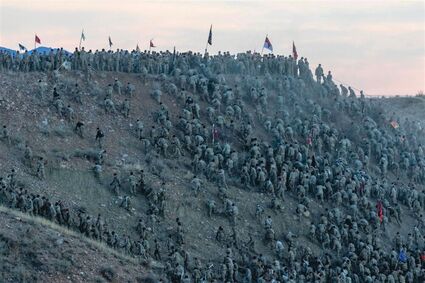 The Ivy Division kicked off the Thanksgiving holiday weekend Nov. 23 with a division PT event dedicated to the efforts of Ivy Soldiers at the Battle of Dak To in the central highlands of Vietnam.

Simulated artillery and machine gun fire pierced the ears of over 8,000 Ivy Soldiers as they navigated through the dense shrubbery, anti-tank trenches, and barbed wire of the 2.43 miles obstacle course.

Carrying equipment, weights and their own battalion command sergeants major, Ivy Soldiers relentlessly advanced to their destination, understanding this task was not to be completed alone.

They believed in themselves, their teammates and their leaders in order to accomplish the mission. 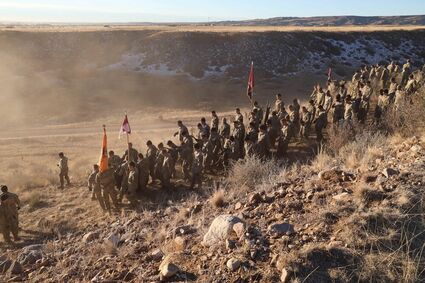 Soldiers assigned to the 4th Infantry Division push a tire down a hill during the "Battle of Dak To" remembrance event at Fort Carson, Colo., Nov. 23, 2022. The Dak To remembrance event empowers Ivy Soldiers to exemplify the esprit de corps, teamwork, and comradery.