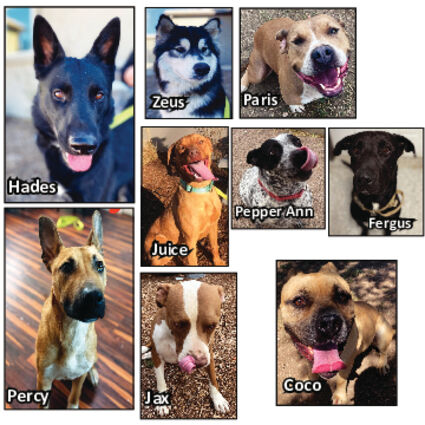 Hi folks, we have had two adoptions over the past few weeks, but it's still too few. We have two new youngsters: Hades, a black-and-white Shepherd mix, 3 years old, about 45 pounds, good with other dogs; and Percy, also 3 and a Shepherd mix, about 40 pounds – very loving! We still need volunteers here at AARF, as one of ours is moving to the East Coast, and another can no longer do transport. We still have many other pups: see below.

Today I called my brother since it's his birthday, hoping to pick his brain for an article idea, but where I really went, in my memories, was to our dog Dylan. When he passed, and my father also became ill, my sister and I got him another dog. He was so incredibly surprised, and though it came to be that our father was so ill he could no longer even tolerate the vibration of the dog's walking around under the bed, we feel that this pup gave our father renewed interest in beating his cancer. Ah, if only that had worked. But who knows how much life may have been added? I never knew anyone who got such a kick out of dogs. The dogs and, of course, we kids, were often fodder for one of my father's freelance jobs: humor columnist. He was slamdunk the wittiest and most brilliant man I've ever known (a writer, of course, among other things, a journalist), and no one, including dogs, were spared his quirky, hilarious humor. I wish he were around to fill these columns with some of his wisdom. I wish he were around to continue being the sole person in the world who could beat me at Scrabble. We all need a challenge sometimes -- as though trying to place so many dogs were not challenging enough, but it's a lot more fraught than a board game: these are sentient, emotional beings. 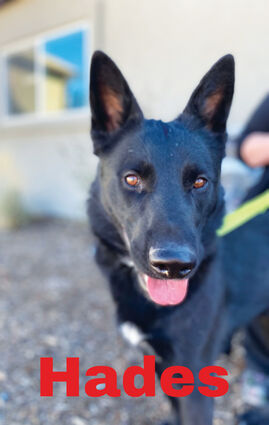 We still have Paris, Juice, Jax, Fergus, Coco, and Pepper Ann and Zeus. They've been without their forever homes for way too long. Would you consider fostering during the holidays? Coco is a pit mix around 2 years old. She is dog selective. Fergus is a lab/pit mix around 3 1/2 years old. He's about 50lbs and can climb chain link fencing. Jax is a pit mix and weighs about 60lbs. He's about 4 years old. Juice is a Rhodesian Ridgeback/lab mix. He's very energetic and probably around 1 year old. He does get along with other dogs. He weighs about 50lbs. Paris is a pit mix who's around 3 years old. Paris can be dog selective. Pepper Ann, who is new, is about 6, a Cattle Dog mix, about 55 pounds.

I may have run this before, but .... 10 Reasons to Adopt a Shelter Dog (ASPCA) (a little edited/personalized)